Kersey experienced another peak in the 19th century, when the population rose to nearly 800, but after the 1870s it fell steadily to its present level of around 350.  The changes in village life over the past 150 years have been particularly marked.  In 1844, for instance, the population of 787 supported three shoemakers, two tailors, two blacksmiths, two corn millers, a grocer and draper, a baker, a saddler, a wheelwright, a brewer and several bricklayers and carpenters, as well as two public houses.

Universal free education reached Kersey with the opening of the village school in 1873.  It cost £700 to build, an amount raised by subscription.  In 1892 it was attended by 95 children.  In 1870, Robert Nightingale left in trust a cottage for four persons to dwell in and over two acres of land for the relief of the aged poor of the parish.  The cottage fell into disrepair and was taken down in about 1854.  During this period, many of the larger houses in the village were sub-divided into smaller cottages as the village declined economically.

According to the 1892 addition of White's Directory, Kersey had 482 inhabitants and a rateable value of £2,319.  It had abandoned its Easter Fair only a few years previously.  The Priory Manor was still owned by King's College Cambridge and much of the rest of the parish was in two other manors:  one held by Edward William Archer of The Castle, Hadleigh and the other, Samson's Hall, of which the trustees of Dr. Thomas William Jones were lords.  The Priory farm house was occupied by Mr. Frank Raynham. 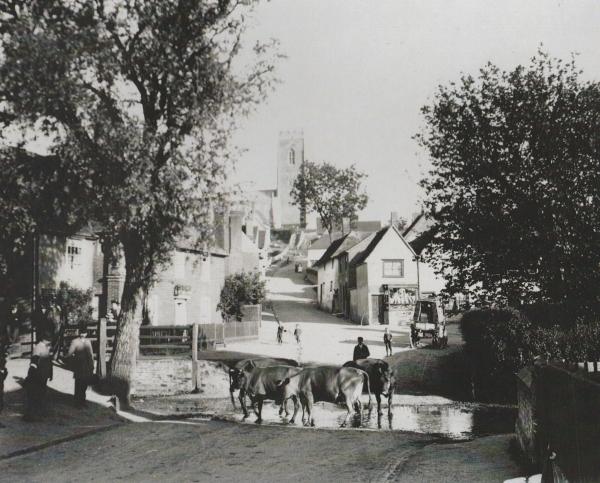 As can be seen from the photograph below taken from the Church Steps, the terrace of cottages on Church Hill had not yet been completed in the mid 1890s. 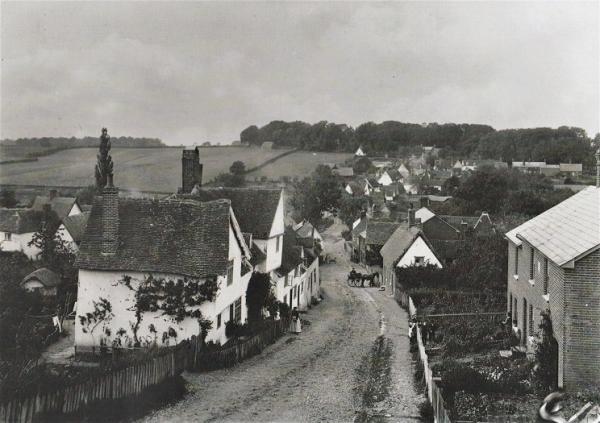 During the 19th century several cottages and houses were demolished or reformed.  The five maltings in the village for brewing beer have long since disappeared.  The red-brick Church Hill cottages replaced a row of thatched cottages which was burnt down in a thunderstorm in 1887.  Beyond the Village Hall, there were five small cottages, demolished in the second half of the 19th century by Kings College.  Two cottages stood on the site of what is now the Village Hall. 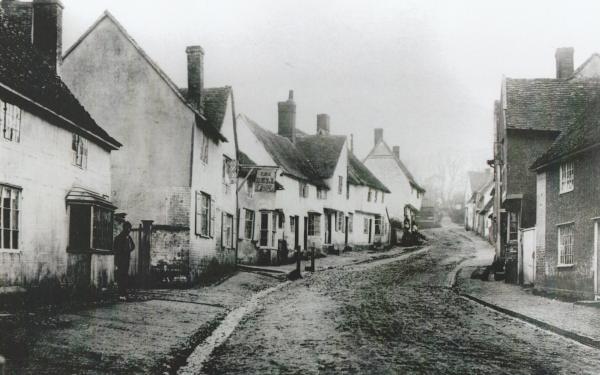 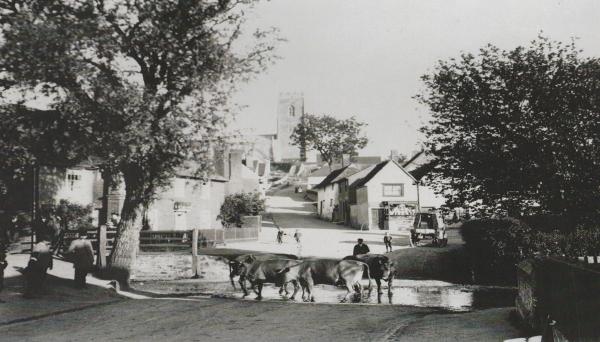